87,3% of Georgians are meeting the New Year in a family environment

For 30% of the respondents their hometown is the most desirable place to meet the New Year,
while among foreign cities, Paris was the most popular choice (18,9%).

Are you interested in how Georgians get ready for the New Year? The topic of this article is this year’s New Years. 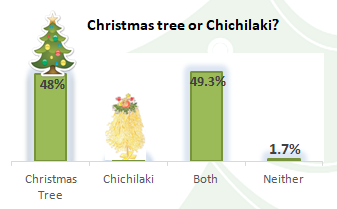 It isn’t surprising that most start getting ready for New Year’s celebration by decorating the Christmas tree, so most of the families get one. Traditionally, about half of them (49,3%) also gets a Chichilaki, while the other half (48%) only gets a Christmas tree.

As it turns out, Georgians pay attention to the Eastern calendar. 74% of the respondents will be meeting the upcoming New Year with a dog symbol around.

The majority of Georgians (87,3%) are meeting New Year with their families, while 6,7% is meeting it at a friend’s house. 3,3% are spending the New Year’s night in a restaurant/bar or a concert. 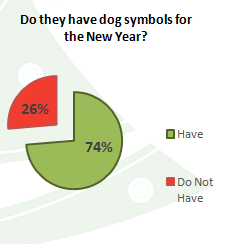 Many of the respondents watch christmas movies to create festive athmospere. As it turns out, for majority of Georgian s (37,9%)  “Home Alone” is the favorite Christmas movie. 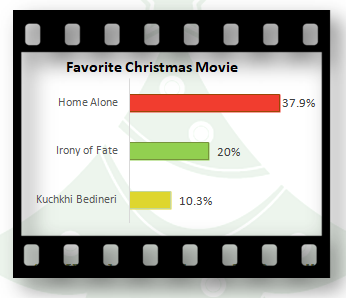