In recent years women have been spending more time on doing make-up, and men – on shaving beard

In the scope of the survey conducted in Georgia, information was gathered about how much time men spend on shaving beards and women – on doing make-up. 500 respondents participated in the survey.

As it turned out 3% of Georgian men never shave their beard and only 7,9% shave it every day. 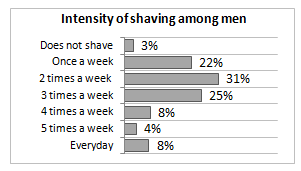 The amount of men who never shave beard compared to those who shave it every day is present with almost similar ratio in every age group. So we cannot say if shaving beard is more characteristic for men in any specific age group.

The results of the survey showed that majority of women - 38%, never wears make-up, while for 18% of them it is an everyday activity. 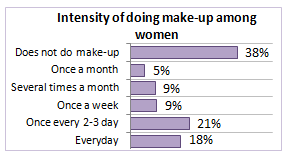 If we look at the time spend by men and women on aforementioned activities, we’ll see that they spend on average the same time on shaving beard/doing make up – approximately 14 minutes.

According to today’s data, after reaching adulthood a 64-year-old male has spent 66 days of his life on shaving beard – up by almost 5 days compared to the men surveyed in 2006. 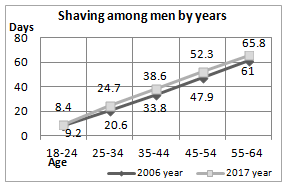 The time spent on doing make-up has sharply increased among women of all age groups. After reaching adulthood, a 64-year-old woman has spent 75 days of her life on doing make-up, while in 2006 it was just 34 days. 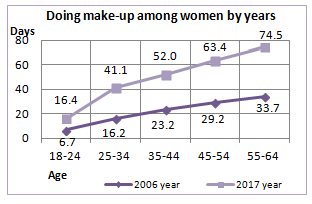