In April-May 2018 the share of alcoholic beverages sector was 1,44% that is quite law index. Company Zedazeni has majority of the advertisements in the sector-1 623 rolls. 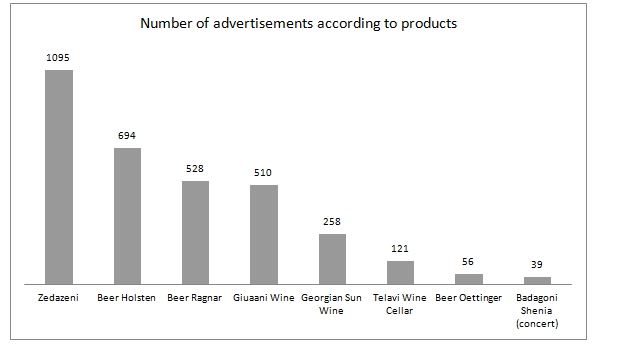